I don't know how to begin this thread, since Samster Heads who start it all: the Elites Circle and Samsters in PEX are now INACTIVE. I decided to create a new thread for SAM CONCEPCION, a new life for us. Good bye THREAD 68!


MANILA, Philippines  Heartthrob Sam Concepcion gave a smart answer when asked how he feels that newbie Daniel Padillas rising star has seemingly left him behind by miles.

Turning serious, Sam pointed out that everyone has his place in the business and that ABS-CBN has been taking care of his career, too.

Hindi ako nagtatampo sa ABS at all. In fact, Im thankful to them kasi may mga magagandang plano din sila for me.

Asked if he feels threatened that Daniel and other Kapamilya hunks seem to be eyeing Kathryn Bernardo, too, whom Sam is said to fancy, the latter made light of the matter, saying: Makapaghihintay naman po ako.

Singer-actor Sam Concepcion would rather wait patiently than suffer a career downfall by hurrying things up.

I would prefer a steady climb na magtatagal ako, rather than a huge leap tapos mawawala rin, Sam said at the press conference of I Do Bidoo Bidoo on Thursday, August 23.

Sam is thankful for the projects he is getting and is focused on self-improvement.

Sam hopes his performance in I Do Bidoo Bidoo will show his side as a multi-faceted artist.

Sam believes his career is the best its ever been and hes headed towards the right direction.

I just feel so thankful talaga na Im given projects like this, of this quality. Im given the chance to work with these people. Kasi whats best is yung experience and yung mga taong nakakasama mo, thats quality experience.

Anyway, I dont have the bless to handle this but my only AIM and HOPE to bring back the SAMSTERS POWER, youre alive and kicking powers, lets reunite again, Samsters Nationwide and Global. :bop:

Let's begin another chapter in supporting SAM, new samsterdom, new adventure.. endeavors.. greatness... and above all else, another new genuine friendship! I know WE CAN DO A LOT BETTER, lets help and support Sam Concepcion as we supported him for the past 7 years. BELATED HAPPY 7TH YEAR TO US! THANKS FOR reading. 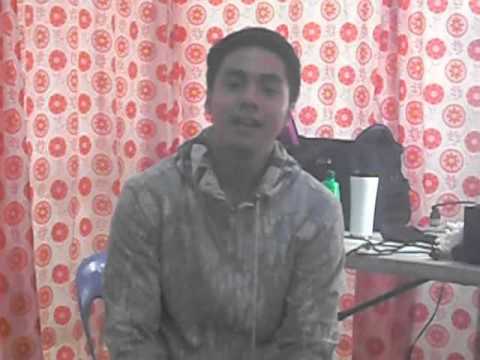