Will Malthus always be wrong? — Realm of Thought — PinoyExchange.com

Will Malthus always be wrong? 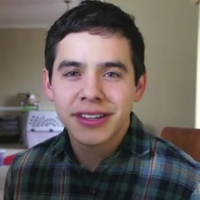 King_David Touch my hand PEx Influencer ⭐⭐⭐
September 2012 in Realm of Thought
We know that Thomas Malthus theorized that the growth of human population will always be kept in check by war, famine, disease, etc. However, over two centuries have passed since he proposed his theory, and the human population around the globe has reached 6 billion. The large-scale collapses predicted by Malthus never occured.