Khan Academy: An antidote for ignorance — Realm of Thought — PinoyExchange.com

Khan Academy: An antidote for ignorance 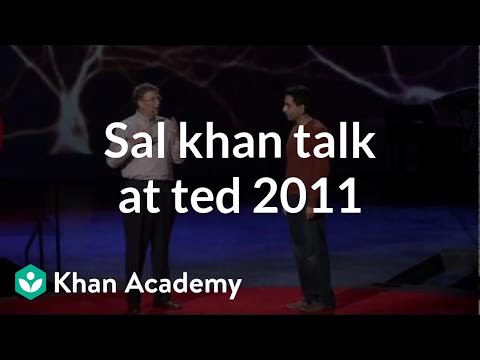 Very inspiring. Aside from mathematics, Khan also has videos on biology and chemistry.

The site itself - khanacademy.org - is excellently done and incredibly, it's all free.

Khan gets what looks like a 100% standing ovation among the TED audience which is precisely what he deserves.

What's 2nd wave technology like? One-size-fits-all. Mass produced. Henry Ford's quip that "you can have the Model T in any color as long as it's black". Powerful but regimented (one could even say fascistic) technology.

What's 3rd wave technology like? Khan Academy is an example of Third Wave education. It's go-at-your-own-pace, individual-customized learning. As long as you're self-motivated, this is optimal.

Frankly, the idea behind Khan Academy is drop dead simple: it is easier to learn from a video than from a live lecture, because you can rewind and forward as you please.


Perhaps we could extend that analogy to spiritual/religious stuff as well. Organized religions are 2nd wave inspired. Today's New Age-y type spirituality reflects a more individual-oriented spirituality, which the change-fearing, dogma-bound ignoramuses of the 2nd wave like to badmouth as "people making themselves God". :rolleyes:

The 2nd wave mentality will ultimately disappear because the 3rd wave is far more empowering and the people who can understand and embrace it are going to gain influence and will be the ones who mold the future. The old farts will eventually die off and the young and nimble-minded will be the ones to inherit the earth. The technology is here and the real battle/problem is to keep the old farts from imposing their obsolete ideas, biases, preconceptions and limitations on the next generation.
0 · Share on Twitter