Oxygen's The Face - Discover the next beautiful face of the modeling world — International TV — PinoyExchange.com 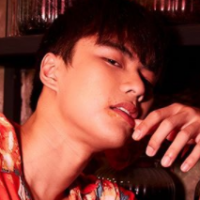 Oxygen will produce the newest catwalk series entitled The Face. "The Face is a fresh new series that delivers all of the elements our audience craves  fashion, beauty and drama," said Rod Aissa, a senior vice president at Oxygen Media. "Oxygen has been looking for the next ideation in the modeling genre and this project delivers it." The show will get on head to head with Tyra's long running show America's Next Top Model.

The news comes just a week after Tyra Banks' highly publicized blood bath at America's Next Top Model, which also airs on Oxygen. Banks axed Nigel Barker, J. Alexander and Jay Manuel, whom have all been with the show since its inception.
0 · Share on Twitter
«1234567»