Why atheists are hated so much — Realm of Thought — PinoyExchange.com

Why atheists are hated so much 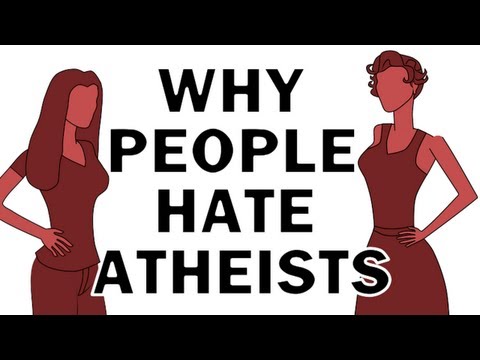 Because all the fancy words that the religionists use are just an attempt to hide the truth that: theists project themselves onto their "God" and when an atheist says he doesn't believe in some theist's "God" it's actually taken by the theist as a rejection of him/herself (although of course they do not realize this).

You, the 'believer', claim that the atheists 'reject' your 'God', but deep inside you are actually taking it as a rejection of you.

@4:25 It is why God's opinions are so often your opinions, and why a different believer of the 'same' God as yours, can claim that he agrees with "God's" opinions but not yours, as is easily seen by the endless disagreements between xtians, muslims, and assorted variations thereof in the forum.
0 · Share on Twitter
«123456789»