My complicated stance on abortion - Not a black/white issue — Realm of Thought — PinoyExchange.com

My complicated stance on abortion - Not a black/white issue

WWu777 Member PExer
January 2012 in Realm of Thought
Someone brought up the topic of abortion on my other forum. So I wrote up this complicated stance on it, which has nothing to do with right or wrong or morality, but with the consequences, logic and effects. Let me know your take on this complicated and sensitive but terrible issue that many women face.

Don't you don't think forcing a woman to go through an unwanted pregnancy is cruel? Think about that. A man can just run away from an unwanted pregnancy, but a woman is stuck with the child. An unwanted pregnancy forces the parents, especially the woman, to endure 20 years of an unpaid job in which she loses all her freedom and becomes enslaved to another. Would you like someone forcing that upon you?

Outlawing abortion is a stupid thing though. It forces women who want to have abortions to try more dangerous and unsafe underground ways of getting it. If they are going to do it, it should be done safely at least. Nowadays, if they do it early, they only have to take a pill like RU486.

Christian pro-lifers lie though, when they say that abortion is dangerous. In reality, childbirth is far more dangerous and results in far more deaths than abortion does.

Science says that a fetus is not a sentient being. It has no mind, thoughts or consciousness.

Watch this George Carlin video on abortion and the sanctity of life. He makes a lot of good points in it that make sense. 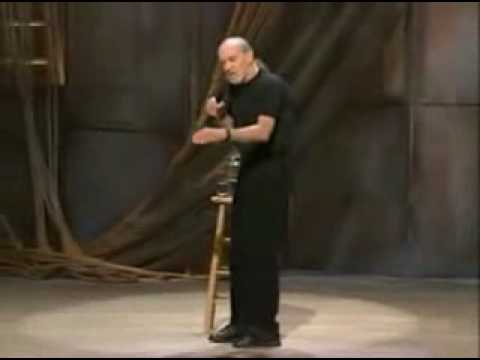 But let's suppose that abortion is wrong and murder. So what? Even if it were morally wrong, that doesn't mean that bringing the child into the world is always the "best decision" for everyone involved. You see, the right thing and the best thing are NOT always the same thing. What if you were a poor Filipino mom, and knew that a child you brought in would become a beggar on the street? Would you want to bring that upon a child? Would being forced to endure a 20 year unpaid job that takes away all your freedom and makes you unhappy be the "best thing" for your life?

You see, anyone can stand up and say "Abortion is wrong". It only takes one second to do that. But what if you were faced with this real life dilemma:

1) Go through with an unwanted pregnancy and be forced to endure a 20 year unpaid job and the total loss of your freedom.
2) Do something morally wrong, but it would free you of #1.

What would you do? Many people, even those against abortion, would choose #2, because it would be the best thing for THEM, whether right or wrong. (But they would try to be discreet about their decision of course) You can't always be moral in every situation. You have to be real sometimes and do what's best for everyone involved. No child ought to grow up unwanted. So why force a bad thing for everyone involved? Think about it.

Abortion is a terrible thing. I'd never want anyone to have to do one. It's better to never have to make such a decision. But faced with the two scenarios above, a lot of people would choose #2, not because it's the right thing, but because it's the best thing for everyone involved, logically speaking.

I'm not pro-abortion or pro-life, because the issue is not that simple or black and white. But you gotta look at the reality of what's involved here. Anyone can take a moral stance, but when you are facing dire and permanent consequences, you might just decide to do the "best thing", rather than the "right thing".

PS - Also, on a deeper note: Why does one always have to do what's moral, when God and Mother Nature have no morality at all? Mother Nature kills countless animals, insects and plant life every second. And God allows wars, famines, poverty, disease, hunger, greed, and evil to kill people everyday. He does nothing to stop it. He lets evil people prosper and good people die young. He allows the strong to take advantage of the weak, and the "might is right" principle to rule the world. So if God himself has no morals, why must humans? How can there be any "universal morality code" if God or Mother Nature doesn't follow it? It's a terrible question, I know. Nothing makes sense in this world or life. But for crying out loud, stop pretending that there is some absolute "divine moral code" that exists for all creation.
0 · Share on Twitter