Why the Dutch lost the World Cup — Football — PinoyExchange
Home› PEx Sports› Football
Speak your mind, but mind what you post. Let's not spread disinformation and/or misinformation.

Why the Dutch lost the World Cup 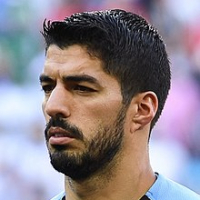 crocopie PEx Influencer ⭐⭐⭐
August 2010 in Football #1
Is it poor strategy, too much fouls, the good players were subbed too early, or Iniesta just got lucky? Discuss.
0 · Share on Twitter