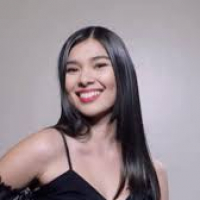 Pepito Manaloto is a situational comedy created by Michael V. for GMA Network. The series premiered on March 20, 2010 starring Manilyn Reynes, Carmina Villaroel and Michael V. as the title role whose simple and underprivileged life significantly changes when he becomes the lone winner of P700 million in the national lottery. It has been dubbed as a reality-sitcom.

Pepito Manaloto, A poor man who simply dreams of providing a comfortable life for his wife Elsa and only son Jonjon. He is a cool and a trustworthy friend for his best friend Patrick.
Just like everyone, Pepito dreams of becoming rich and famous. He dreams of winning the lottery and become an instant multimillionaire someday. So he religiously bets in the national lottery, hoping his dream would come true. Little did Pepito know that his simple and underprivileged life significantly changes when he becomes the lone winner of P700 million in the national lottery!
The new multimillionaire then meets Marica, an alluring and sophisticated woman who volunteers to manage Pepito's new found wealth. Pepito's new assistant will also introduce him to the glamorous world of the rich and famous. But who is Maricar? Can Pepito really trust this beautiful stranger? And what will be Pepito's relation to financial analyst Tommy Diones who will end up being the multimillionaire's enemy?