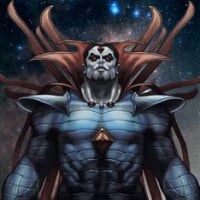 MrSinister PEx Influencer ⭐⭐⭐
July 2009 in International Movies #1
Ryan Reynolds has landed the coveted role of Green Lantern, getting the starring role in Warner Bros.' live-action film based on the DC Comics hero.

Martin Campbell will direct. The studio is still working on the pictures budget, but production is expected to begin in January.

The news caps off a memorable summer for Reynolds, who played Deadpool in X-Men Origins: Wolverine, a performance that prompted Fox to begin development on a spinoff film. Reynolds followed that by starring opposite Sandra Bullock in the romantic comedy The Proposal, which crossed the $100 million mark this week.

Warners and Campbell chose Reynolds, who vied for the superhero role along with The Hangover star Bradley Cooper and Jared Leto. The momentum built for Reynolds in the last week, as he was the only actor whose option was extended.

Greg Berlanti wrote the script with Marc Guggenheim and Michael Green. Donald DeLine will produce with Berlanti. Reynolds reps at UTA are working out his deal.
0 · Share on Twitter
«1234567…14»