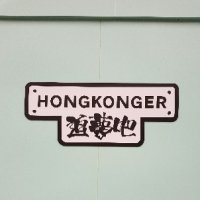 My trip from TripAdvisor:

Low Points: Extremely Smoggy, Lots of tourists including rowdy domestic ones, Traffic on some occasions but not that bad compared to what we have here.

Took the shuttle bus to Xidan as suggested, convenient but not extremely tourist friendly specially if you dont speak mandarin. Got off at Xidan terminal and the hunt for my hotel was on. We didn't have a map so i relied on the maps i saw on the internet. This is where i realized how important the map scale is, damn beijing is huge and a couple of centimeters in the map meant a couple of kilometers.

Grand Mercure Xidan is not yet fully finished, i'd say about 80% done, more improved than previous feedbacks. Except for the hotel umbrellas, there was no sign of Marco Polo anymore. Breakfast buffet was below average.

After Check-in and lunch at Times Square fastfood, we walked to the Xidan shopping district until around 8pm then took a taxi to Wangfujing. We only shopped in the mall across Joy City as recommended by a friend, lots of cheap stuff but also expensive ones. Clothes were trendy but may cost as much as 200RMB. Branded imitations were of very good quality. Didn't shop much in wangfujing besides buying a couple of stuff from the Olympic Store (2 of them on the same street). The APM mall was huge and very modern, lots of shops as well.

Dropped by early morning in BLCU to see the campus, might study there in the future then met up with my friend and headed to Zhong Guan Cun by taxi. Only went to 2 of the malls there but damn were they huge... even when compared to those in Hong Kong. Prices were cheap as well, i think similar to HK. Went back to the hotel at noon, then we took a taxi to the restaurant to meet with the tour people. After lunch we headed to the Temple of Heaven. The part leading to the main attraction was indeed smelly because of the old people. Watched the legend of kung fu in red theatre afterwards, great effects and production.

Headed to the Grand National Theatre for picture taking. Then moved on to the Tiananmen Square and Forbidden City. The light rain dampened the result of the photos and forced us to use umbrellas but the trip was good but fast nonetheless. Had our peking duck lunch at the QuanJuDe restaurant, the duck was great when compared to what we have here in manila. We then visited the Panda center in Beijing Zoo, good thing they were awake and eating so the trip to the zoo served its purpose. Cute 'little' creatures. We then headed to the summer palace, amazing place. We also rode the dragon boat but didnt get to see the marble dragon boat sadly. Passed by near the olympic village to take pictures again. Went back to Xidan to end the day.

Jade Factory. Tourist Trap, Overpriced goods, period. Then we headed to Badaling Great Wall, there was some sort of commotion and we found out that the paralympics had some sort of ceremony going on so bus travel was limited, lots of police. Badaling was crowded as expected, plus it's a sunday. God the sheer number of people was staggering but the wall didnt fail to impress nonetheless. The tour brought us to Wangfujing to end the day. (Our 2nd time, their 1st).

Flew to Shanghai Via Shanghai Airlines. The Terminal 3 is HUGE. We arrived in Terminal 2 during the 1st day.


Some patikim pictures before i leave for Baguio: