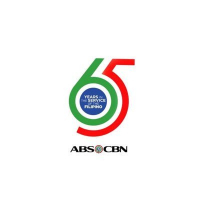 The God Delusion is a non-fiction book by British ethologist and atheist Richard Dawkins that is critical of religion. In November 2006, it was ranked #2on the Amazon.com bestsellers list.[1] [2] [3], and in early December 2006 it reached number #4 in the New York Times Hardcover Nonfiction Best Seller list after 9 weeks on the list.[4]

In his preface, Dawkins writes that The God Delusion contains four "consciousness-raising" messages:

Atheists can be happy, balanced, moral, and intellectually fulfilled.
Natural selection and other scientific theories are superior to a "God hypothesis" in explaining the living world and perhaps even the cosmos.
Children should not be labelled by their parents' religion. Terms like "Catholic child" or "Muslim child" should make people flinch.
Atheists should be proud, not apologetic, because atheism is evidence of a healthy, independent mind.[5]
Dawkins writes that religious faith qualifies as a delusion, at least as the term is commonly understood: a persistent false belief in the face of strong contradictory evidence. He is sympathetic to Robert Pirsig's observation that "when one person suffers from a delusion it is called insanity. When many people suffer from a delusion it is called Religion."[5]

He begins by noting that some commentators have found his enthusiasm for science to be almost religious, but he asks "is religion a good word" for it? This awe of nature's complexity is the core of what he calls Einsteinian religion, referring to Einstein's use of the word God as a metaphor for nature or the mysteries of the universe. However, he regrets that many scientists use the word God in this pantheistic and poetic sense[6] as it causes much confusion.

Instead, his criticism is focused on belief in "a supernatural creator that is appropriate for us to worship",[7] While Dawkins has respect for Einsteinian religion, he shows no respect for conventional religion. Dawkins maintains that religion is given a privileged immunity against criticism which it does not deserve, quoting Douglas Adams to illustrate the point:

Religion ... has certain ideas at the heart of it which we call sacred or holy or whatever. What it means is, 'Here is an idea or a notion that you're not allowed to say anything bad about; you're just not. Why not?  because you're not. If someone votes for a party that you don't agree with, you're free to argue about it as much as you like; everybody will have an argument but nobody feels aggrieved by it. ... But on the other hand, if somebody says 'I mustn't move a light switch on a Saturday', you say 'I respect that.'[8]

Dawkins goes on to list a number of examples, when religion is given privileged status, such as the ease of gaining conscientious objector status, the use of "euphemisms" for religious conflicts, various exemptions from the law, and the Muhammad cartoons controversy.

Dawkins begins Chapter 2 by describing Yahweh, the God of the Old Testament, as "the most unpleasant character in all fiction" and lists 19 serious character faults[9] continues by arguing that the God Hypothesis ("there exists a super-human, supernatural intelligence who deliberately designed and created the universe and everything in it, including us"[10]) is a scientific hypothesis about the universe, one that should be treated with as much scepticism as any other hypothesis. For this reason, Dawkins argues, Stephen Jay Goulds concept of non-overlapping magisteria cannot be used to defend theologians from criticism. Impartial agnosticism would imply that nothing can be said about the probability of Gods existence, a position that Dawkins suggests is incorrect. Dawkins further argues, following Bertrand Russell, that although "you cannot disprove the existence of God"[11] it is also impossible to disprove the existence of an orbiting teapot - and also cites unicorns, the Flying Spaghetti Monster and tooth fairies. Hence the inability to disprove the existence of God provides no positive reason to believe. Rather, Dawkins argues that the burden of proof is on the advocates of the existence of God.

In Chapter 3, Dawkins turns his attention to the main philosophical arguments in favour of Gods existence. He discusses the proofs of Thomas Aquinas, arguing that "it is by no means clear that God provides a natural terminator to the regresses"[12], and suggesting that the Argument from Degree is "fatuous"[13]. He reserves the argument from design (which he identifies with the Teleological Argument), for later discussion. He reduces Anselm's Ontological Argument to "the language of the playground"[14]. He dismisses that Argument from Beauty as "not spelled out by its proponents". On the Argument from Personal Experience he points out that some of these are illusions, and all may be. On the Argumnent from Scripture he suggests that "the gospels are ancient fiction". On the Argument from Admired Religious Scientists he points out that they are a minority. He suggests that "Pascal was probably joking when he promoted his wager", and that the Bayesian Arguments promoted by people such as Stephen Unwin are cases of "Garbage In Garbage Out"[15]


Why there almost certainly is no God

He states in Chapter 4 that evolution by natural selection can be used to demonstrate that the argument from design is wrong. He argues that a hypothetical cosmic designer would require an even greater explanation than the phenomena that they intended to explain, and that any theory that explains the existence of the universe must be a crane, something equivalent to natural selection, rather than a skyhook that merely postpones the problem. He uses the argument from improbability, for which he introduced the term "Ultimate Boeing 747 gambit", to argue that "God almost certainly does not exist": "However statistically improbable the entity you seek to explain by invoking a designer, the designer himself has got to be at least as improbable. God is the Ultimate Boeing 747."[16]

The "Boeing 747" reference alludes to a statement reportedly made by Fred Hoyle: the "probability of life originating on earth is no greater than the chance that a hurricane sweeping through a scrap-yard would have the luck to assemble a Boeing 747".[17] Dawkins objects to this argument on the grounds that it is made "by somebody who doesn't understand the first thing about natural selection". A common theme in Dawkins' books is that natural selection, not chance, is responsible for the evolution of life, and that the apparent improbability of life's complexity does not imply evidence of design or a designer. Here, he furthers this argument by presenting examples of apparent design. Dawkins concludes the chapter by arguing that his "Ultimate 747" gambit is a very serious argument against the existence of God, and that he has yet to hear "a theologian give a convincing answer despite numerous opportunities and invitations to do so".[18] Dawkins reports that Dan Dennett calls it "an unrebuttable refutation" dating back two centuries.[19]


The roots of religion

Chapter 5 explores the roots of religion and why religion is so ubiquitous across all human cultures. Dawkins advocates the "theory of religion as an accidental by-product  a misfiring of something useful"[20] and asks[21] whether the theory of memes, and human susceptibility to religious memes in particular, might work to explain how religion might spread like a "mind" virus across societies.

The roots of morality: why are we good?

In chapter 6, Dawkins turns his attention to the subject of morality, arguing that we do not need religion in order to be good. Instead, he maintains that our morality has a Darwinian explanation: altruistic genes have been selected through the process of our evolution, and we possess a natural empathy.

The 'Good' Book and the changing moral "zeitgeist"

The following chapter continues the theme of morality, arguing that there is a moral Zeitgeist that continually evolves in society, often in opposition to religious morality, which Dawkins feels is often warped and brutish. He uses examples of religious morality from the Bible to illustrate what he sees as the barbarism of much religious morality.


What's wrong with religion? Why be so hostile?

Dawkins turns to the question of why he feels so hostile towards religion in Chapter 8, arguing with examples that religion subverts science, fosters fanaticism, encourages bigotry towards homosexuals, and influences society in other negative ways. Southern preachers used the Bible to justify slavery by claiming Africans were descendants of Abraham's sinful son. During the Crusades, "pagans" and "heretics" who would not convert to Christianity were murdered.


Childhood, abuse and the escape from religion

One of these ways is the indoctrination of children, a subject to which Dawkins devotes chapter 9. He equates the religious indoctrination of children by parents and teachers in faith schools to a form of mental abuse. Dawkins wants people to cringe every time somebody speaks of a Muslim child or a Catholic child, wondering how a young child can be considered developed enough to have such independent views on the cosmos and humanitys place within it. By contrast, Dawkins points out, no reasonable person would speak of a "Marxist child" or a "Tory child".
0 · Share on Twitter
«12»