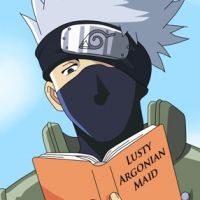 Plot: Forced to retreat from the Philippines, General Douglas MacArthur promised to return. Set three years later, in January, 1945, this is the true story of Army ranger Lt. Colonel Henry Mucci (Bratt), who was chosen by MacArthur to lead an effort to liberate more than 500 American prisoners of war from the Japanese camp, Cabanatuan, part of the bloody and infamous Bataan Death March.

The young colonel, eager to take on this mission first, however, had to undergo a vigorous guerrilla warfare training program, before leading his men, the 6th Ranger Battallion, on a hazardous rescue mission, thirty miles behind enemy lines, that they were not guaranteed to return from... (Csokas plays a starving prisoner of war; Fiennes plays the highest-ranking P.O.W.; Nielsen plays a nurse.)

Based on: The book, The Great Raid on Cabanatuan: Rescuing the Doomed Ghosts of Bataan and Corregidor, by William B. Breuer, which told the true story of Colonel Henry Mucci's raid on a notorious Japanese death camp in the Philippines.