Discussion on Rationalism and the Age of Reason — Realm of Thought — PinoyExchange.com

Discussion on Rationalism and the Age of Reason

Yuri_Prime god-playing megalomaniac PExer
September 2002 in Realm of Thought
Rationalism is the belief that advocates reason to be the basis of our activities, decisions and acquiring truth. Some of the known advocates of rationalism are Descartes, Leibnitz and Spinoza.

Age of Reason, also known as Enlightenment or Age of Rationalism is the period when most philosophers stress the use of reason in acquiring knowledge. It began in 1600's and lasted until 1700's. The rationalists believe that humans have rational will, which enables them to make and carry out plans, unlike animals that relies heavily on their emotions and instincts. When the animal is scared, it runs. When angry it fights. Humans however are capable of thinking of the best course of action for any situation regardless what they feel, be it fear, anger, etc. Reason was also contrasted with ignorance, superstitions and unquestioned acceptance of authority, that domintes the Medieval Europe.

I think there is a need for this country to have a rationalist movement. Most of our fellowmen are still superstitiuous and submissive. These are also factors why our progress is very slow. We need a culture and mindset that is based on reason and science, where thinking is something everyone should do. 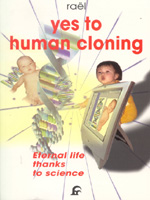